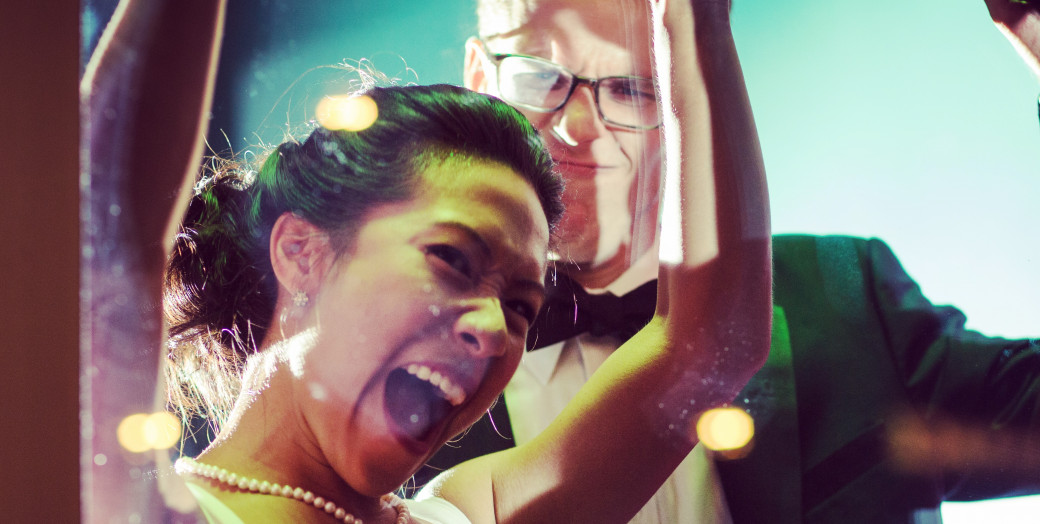 Kay was born in Queens, New York. Her parents, Luis and Imelda Trinidad, immigrated to America from Quezon City and Manila, Philippines, respectively. They met in New York on a blind date set up by their best friends. Kay is the middle child of 3 girls. Her sisters are Christine Trinidad Robertson and April Acosta.

Kay and her family moved from New York to San Jose, California, when she was three years old. She attended Los Alamitos Elementary School and made sure to perform in the talent show following in her older sister's (Christine), footsteps. Her performances ranged from self-choreographed dance routines to singing a cappella numbers, all performed with her best friends. She began taking piano lessons at the San Jose School of Music under Lee Reik and then Christopher Malloy. She also began voice lessons there around the age of eleven.

Upon entering sixth grade, she and her family then moved to Flower Mound, Texas. She attended Forestwood Middle School where she played volleyball, basketball, track and field, and soccer while also performing in choir under the direction of Lyn Zeller whom she is so grateful for. Mrs. Zeller gave Kay a strong singing foundation that she has since carried with her. She attended Edward S. Marcus High School while continuing to play volleyball, basketball and track and field until halfway through her junior year where she had to choose between sports and theater. Peg Waldschmidt began the musical theater division at the Texas high school and is a huge part of Kay's success, arming her with everything she needed to learn to get working in the real world.

Kay went to New York University's Tisch School of the Arts. She attended the Lee Strasberg Institute for Theatre and Film. She left school a year and a half through when she was cast in the New York Premiere of BARE: A Pop Opera in the role of Diane Lee. She joined the Actors Equity Union with that production. She made her Broadway Debut as Aquata in Disney's The Little Mermaid.

Kay and her fellow sister Fates from Hadestown have a holiday album, "If The Fates Allow: A Hadestown Holiday Album," which will be released November 2, 2020, by Broadway Records.

You can purchase the album HERE!

Kay resides in Hamilton Heights in NYC with her loving and supportive rock star of a husband, Mike Karns, and their two pups Reno and Weezy. They faithfully attend The Journey Church NYC where they also participate in weekly growth groups led by Pastor Kerrick Thomas whose leadership and friendship they are so grateful for. All that is good comes from God. We love each other because he loved us first. (1 John 4:19)